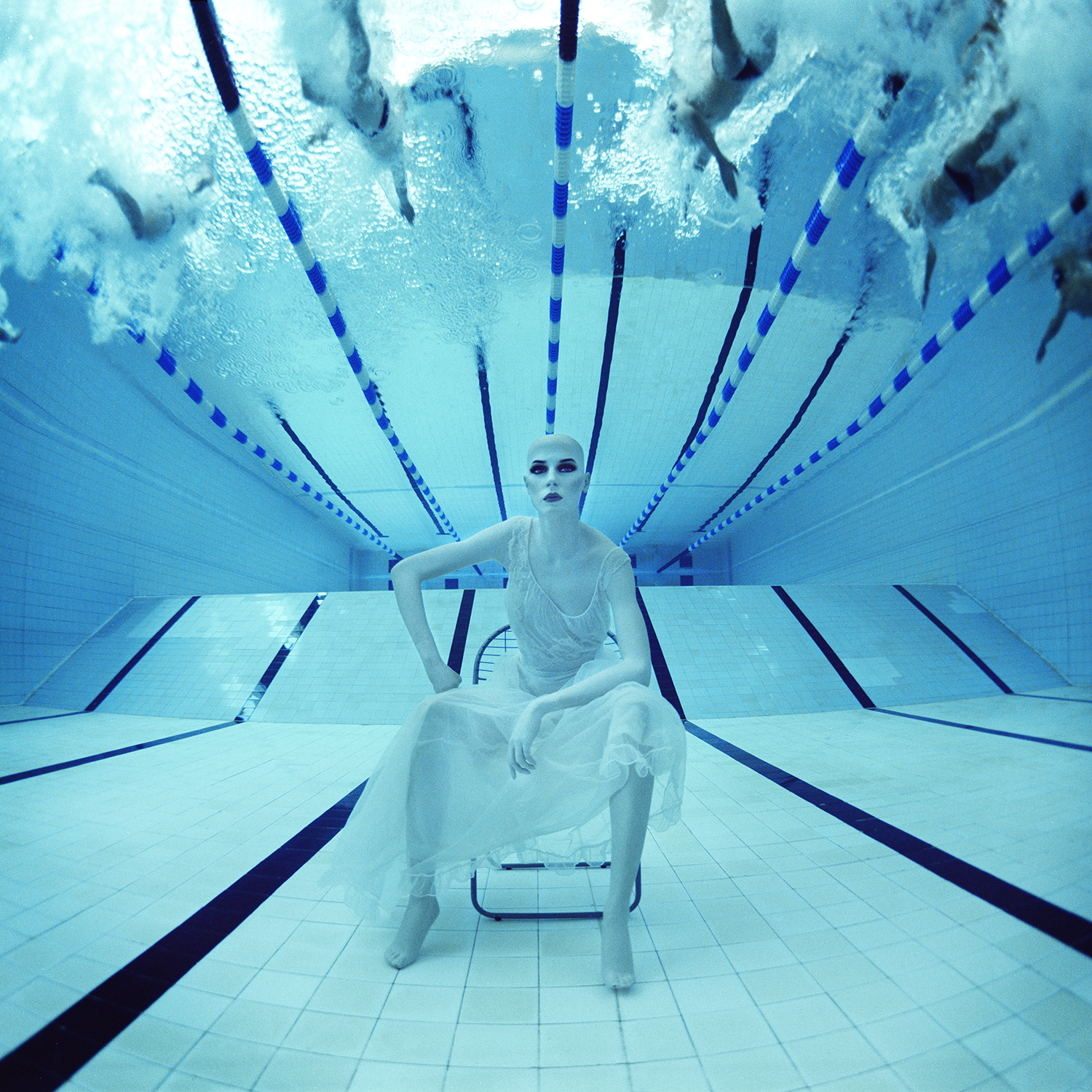 Zena Holloway has worked as an underwater photographer in London since 1995 when she returned to the UK after 3 years abroad as a SCUBA instructor and underwater videographer. Born 1973, the daughter of an airline pilot, Zena wanted to work underwater behind a camera from the age of 18. Completely self taught she has carved out a niche market – combining the highly technical aspects of underwater photography with extraordinary magical imagery.
Zena has expanded a concept and taken it to new depths.

“Water is my medium, an unpredictable, bewitching environment where I can throw out the rulebook of the atmosphere we usually inhabit and just observe. My work tests the connection we have with our oceans, lakes and waterways and aims to engage the imagination, to make links with what lies below the surface to dive deep into the unconscious mind.”

Light and Life beneath the surface.

How did you start taking pictures underwater?

At 18 I went on a scuba diving holiday and didn’t come home for a year. I became a diving instructor, travelled around, picked up a camera and taught myself to use it. Back then we were filling cameras with film so my efforts were a roller coaster of success and failure – mostly the latter.

What social / political issues are the most important to you?

Underwater photographers are in a very privileged position to not only see but to capture what goes on in our oceans, rivers and lakes.  Photographs capture truths and there are a whole lot of truths about man’s impact underwater that need sharing. In my twenty years of being a diver I’ve seen the oceans fill up with plastic so when I was recently approached to work with PETA to raise awareness about orcas in captivity that seemed like a good idea. I’m very interested to use my camera to open up that underwater window and raise awareness for environmental causes.

Your favourite place you have visited?

I could say one of the many Caribbean Islands but that’s rather cliché so I’m going to suggest a weird and wonderful location in the River Plate, Uruguay. Filming for National Geographic TV I found myself on a Spanish Galleon sunk in the 18th century and littered with gold and silver treasure of all kinds. Skeletons galore, still preserved in their military uniforms with shoe leather and copper buttons in place, it was honestly the stuff of movie sets. I sucked my tank dry before reluctantly having to surface after a 1:40 hour dive.  Its protected by the rough water of the river and plenty of Uruguayan politics so its location was a secret and I only had the opportunity to make one dive to capture imagery and tell the story.

Who is your role model / hero? Who do you look up to?

David Attenborough.  I love his passion for sharing the natural world and his talent for getting people to care about it.