Can I Listen to Your Heartbeat for a Minute?

In this series, Rina invites strangers to pause, experience and share a moment created by the sound of heartbeats and the tapping of the hands according to their rhythms. Both a participant and Rina wearing stethoscopes, they hold each other’s resonator against their own chests and listen to each other’s heartbeats. The stethoscope functions like a noise-canceling headphone in the midst of a hectic city. While engaging in an intimate act of listening, they tap each other’s hands according to the heartbeat they hear. Each performance lasts for a minute.

The feeling of wanting to connect with people and the awkwardness that often arises from it co-exists. Frustration that comes with invasion of personal space and continuous search of individual boundaries are my inspirations for this performance. By skipping the initial ritual of making a small talk, I intend to get closer to the participants on the primitive level by listening to the sound source of our lives. This aims to act a minute long meditation in the fast paced world to take time for a person in front of one another and to experience the simple truth that we are alive now with our heart beating.
I find it interesting that this series in Berlin completed right before this Corona pandemic has started to raise in Germany. Looking back at this video, I realize that it was a privilege as a human to interact and connect with others in your own city in real world.

You can also check out the same performance done in different countries:Rina’s heartbeat performance around the world

Born in 1988 in Oita, Japan, Rina Nakano is an artist/photographer whose works revolve around the themes of finding unorthodox alternatives to human communication in the contemporary age through performance, exploring possibilities of multilingual interplay, and questioning the notion of “self” through the nature of photography. Her cultural identity as Japanese has been examined through assimilation into U.S. customs for about 9 years since she first attended high school in Texas as an exchange student until she graduated from California State University, Long Beach with a BFA degree in Photography.

Her works deepen the most through experience in foreign countries where the presence of human encounters are highlighted by the friction of cultures and languages. In those moments, she finds humanity’s bare zest for communication manifesting from the shadow of awkwardness. Since 2016, she has been exploring the possibilities of a polaroid camera as a communication tool. As this analogue gadget requires time and caution to maintain the quality of its resulted image, it shapes the relationship between the photographer and the subject in a way we seldom expect from contemporary digital photography.

From 2019, she has been based in Berlin and has been exhibiting, performing, and curating while being part of the artist community Treptow-Ateliers. 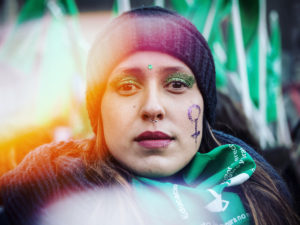 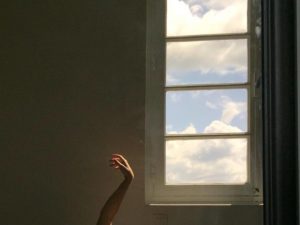