“I refuse defining myself because I feel that it partly limits me. But if I had to, I would say that I am a multidisciplinary artist who has studied design, who tries to represent realities and unrealities through photography and who is nourished above all by poetry.”

I dare to say literally everything: my daily events, the people around me and those who aren’t and the emotions that this miscellany entails. Other artists’ work, musical, plastic, literary, etc. especially those with whom I am lucky enough to share parts of my time. I may have written a poem arising from a musical composition by Ludovico Einaudi or from an unwanted encounter in the street. To take a photograph that emerges from a poem by Alejandra Pizarnik or from a conversation with someone in the kitchen of my house while the rice is cooking. What I can assure you is that I believe that it is impossible for a project to be born from one only source, as we are constantly inspired even by the smallest thing.

Do you think women are being treated differently to men in your field? If yes is the answer please explain why do you think this is happening.

I believe that in every social aspects the person understood as a woman is treated differently from the man. In art, for example, I think we have reached a point where women are asked to create works with feminist content. It’s as if the world thinks that female artists must be morally obliged to represent realities from a feminist point of view – something that happens many times by chance, due to the reality that we are destined to live – and only in that way is their work valued. It’s as if we only fit into a group that we have created ourselves. As if they had managed to corner us again in “the women’s place” and we couldn’t play at the level of “masculine art”. On the contrary, if a woman’s work lacks feminist content, it is transferred to this art group, the art “of all”, where men also occupy the space. And it is at this point that, once again, the work becomes compared and therefore devalued against the “masculine” work.

What would be your message to young girls around the globe?

What do you see as your biggest challenge?

To be precise, I think I should go back to 2016, when I became interested in personal conversations that I had with other people. When I liked a part of the conversation, I captured it so as not to lose it. Since then I have been accumulating fragments of conversations with a kind of communicative and lyrical interest. Although it wasn’t until mid 2018 when, talking every day with a very close person who erased many messages after writing them (because of insecurity or by rewriting them better), I realized that I myself captured parts of our conversations with the objective of not losing them (since it was probable that they would end up being erased by the other person). This custom expanded to the conversations I had with other people, and my phone gallery ended up overflowing with green and white bubbles. That’s when I thought all those conversations deserved a space to be organized and safe. For me, Este mensaje fue eliminado is no more and no less than that: a space where all those messages that are susceptible to being deleted finally rest.
All conversations in Este mensaje fue eliminado are personal, truthful and totally transparent. They are captures of my own conversations with other people without any kind of spelling, grammatical or aesthetic retouching. I like to think that this work makes even more sense when nothing has been done to adorn it. If the messages were to reflect my reality, it had to be represented as truthfully as possible. 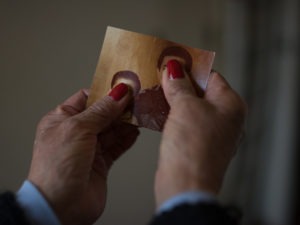 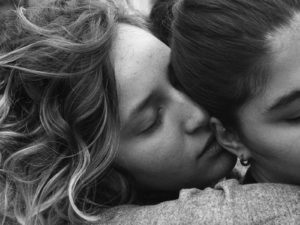